Thank you to everyone who took part in last month’s poll about AutoCAD Customization. The Programming forums are always one of the most active spaces on the site, so I was not surprised to see that the vast majority of respondents reveal that they customize their application. In fact, less than 7% of users replied that they did no customization within AutoCAD. 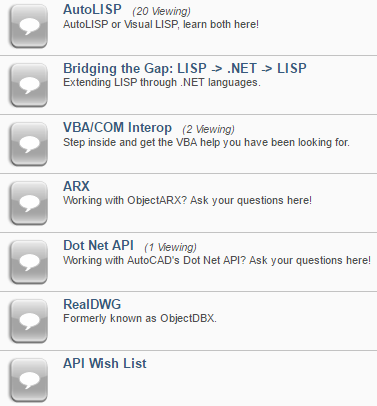 Of the tools available to modify or automate AutoCAD, AutoLisp is by far the most popular, with nearly three quarters of those polled making use of it. 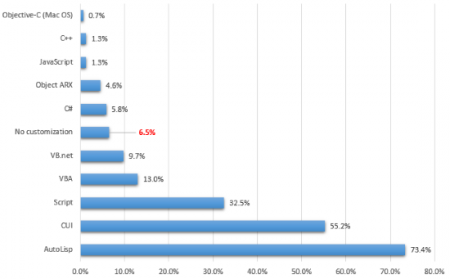 Strangely enough, when I asked this question back in 2005, the percentage wasn’t much different. 76%, compared to today’s 73%.

Scripting was the second most popular method in 2005 with 49%, compared to today’s 33%. I will assume that the introduction of publishing, sheet sets and the Xref Manager application have a lot to do with the decrease. I initially learned scripting to speed up plotting or to change xrefs throughout a directory, but, I use native tools to do those things now.

Last September, we polled the membership on whether or not their company had someone in-house who customized for the team. It was a close race, but, at 51%, the companies who DO have a customizer on staff were the winners.

Please, take a moment to pop over to the Current Poll and share with us your favorite learning style. Don’t forget to catch up with your favorite authors in AUGIWorld magazine, as they write on these issues as well.