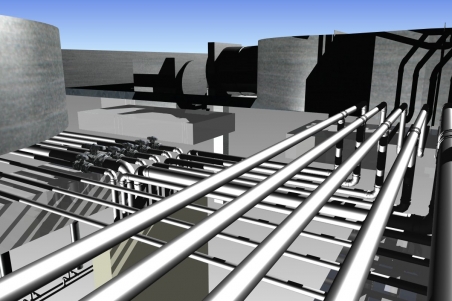 When I was approached to write an article on Revit MEP, it still was called Revit MEP; but as you’ll know, Revit is now one big happy family which I think is a huge step forward. So, the question is what else is happening with Revit for the MEP industry and how much of that is down to Autodesk?

Boundaries
First, you have to understand what Autodesk will do. Yes, they offer a Revit flavour that suits most MEP engineers and it does get better every release. However, should they offer the whole package including thermal/acoustic/carbon analysis, electrical calculations, lighting design etc? Most I have asked would say “Yes of course they should because they are the all powerful and knowledgeable Autodesk”. But is that really the best way for you and I at the end of the day?

If you think about the regions and countries - and even states - that Autodesk serves, there is a huge amount of conflicting requirements to make Revit work for “the locals”. Revit is now used almost everywhere in the world and the subtle differences in design codes in each country means that Autodesk will probably never produce a simple calculation that suits everybody at once. Looking at that another way, to produce a “country pack” for each different country would cost so much that the core Revit package would suffer as a result.

Autodesk is and always will be a democracy based company. It’s a simple and elegant way of working. Whichever widget is most requested gets put to the top of the queue and those that are asked for less get less priority. So if you are asking for something that everyone else is asking for in your region, you are pretty likely to get it at some point if it’s possible as long as your region is big enough to count on a worldwide scale.

The downside of that is that if you are in a pretty small region or country, and you absolutely must have this or that design code compliance but you are amongst only twenty who have actually gone to the trouble of asking for it, then you will more than likely be disappointed.

Autodesk are getting better at listening, they actually do look at the AUGI Wishlist and those top items normally form the basis of improvements to be made for that release cycle.

You also have to be aware of what Autodesk will probably never do, which is perform an analysis or calculation that is better done for a certain region by a secondary piece of software linked to Revit in some way. We all know that Autodesk have a track record of fairly aggressive “software acquisition” but even then they can only focus in on those companies that a) wish to work with Autodesk, and b) hit a big enough set of users with their offering.

Some recent acquisitions included MAP, producers of CADmep, and FABmep which was huge for the MEP industry. Even the cynics can see that in the long run this can only be a good thing for the users, and again this has to fit a worldwide group of users performing operations that have a worldwide scalability – in this case outputting your design to fabrication.

Another alliance made very recently was that Autodesk and the old MAP team publically encouraged users to look at Sysque at the TSI user group meeting. Sysque will link real, updated manufacturers data with Revit MEP. Add to this Sysque’s recent technology alliance with the Amtech group and you can see a link between that and Luckins codes coming – something that will have a huge effect on how the best MEP users actually model their systems.

So, in my opinion, it’s better for the best people to do the most important and task efficient work, something that aligns with the BIM ethos completely. Autodesk do the very valuable core work and make links possible to others and third party developers such as those above do the pointy bit, delivering useful tools into the hands of MEP experts. 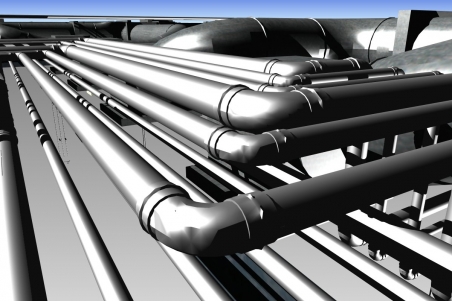 Third Party Apps
For me, third party developers hold the key to the success of the MEP engineer. They have the local knowledge and expertise to enable a user to design in their own language, to their local design codes, and still use the power of the Revit platform to hold it all together.

However, the problem is that apart from a very few including those mentioned above, third party developers seem very slow to pick up on the benefits to themselves and their users in actually producing something that works.

I’ve travelled far and wide in my time and, call me an anorak, but I take interest in how people work with MEP around the world. What has struck me is that no matter where you go in the world, everyone uses the same core products to get their job done. The MEP engineers’ toolboxes are pretty much all the same, but at the moment most of these tools don’t link back to the power tool that they use the most.

Imagine having a power multi tool, the sort of thing that most men will drool over in the local DIY store. It drills, it sands, it shapes etc., and is the best tool for most jobs but you still need a spanner for some particular task, and a chisel for something else. Now what if those spanner and chisel manufacturers found a way for their tools to work with and use power from your main chosen tool of choice? Your toolbox would get smaller for a start, and you’d be taking your main multi-tool with you to every job, and plugging in the add-ons when you needed them most.

The benefits of such a simple analogy are clear to all, so why don’t more third parties want to link with Revit?

Well sometimes I have found that despite aggressive lobbying the companies that own those tools just don’t want to work with Autodesk. Sometimes that’s for commercial reasons, and others simply don’t have the technological capability. Others don’t seem to even see the need.
Imagine having tools like IES, TAS, Hevacomp, Cymap, Amtech, Dialux and Revit all working together? How much more efficient would we be? And how much more profitable would each MEP company be? And how many more licences of their software would each developer (as well as Autodesk) sell?
  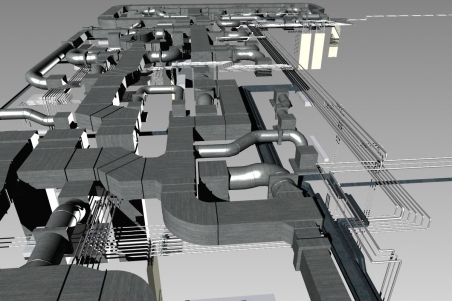 We all know that Revit MEP is still just a belligerent teenager in terms of software maturity but it will continue to grow and mature just like Revit Architecture and Structure did before it. Having them all in the same box now is great, but MEP is still the trailing edge and will continue to be for some years.

If we could only get those third party developers to listen and join in the fun, everyone would benefit for sure.

IES and Amtech do seem to be listening and I know they are working on tools to link in better. Even though I’m more of an “M” than and “E” or a “P”, I have worked to get the weaker electrical parts of Revit to more closely align with what the engineers actually need, because as you will know it’s only when the whole office uses Revit well that you start to make real progress with Revit adoption.

So, the weak links as ever will break the chain and until those weaker parts of Revit are bolstered by third party apps, we will remain the poor relation to the Architects and Structural guys.
  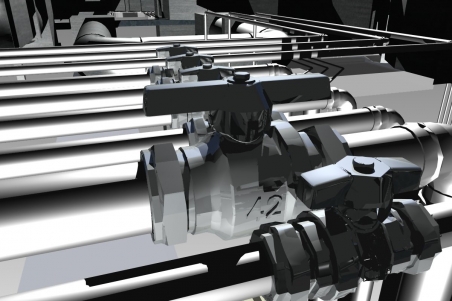 Call to Action
I therefore call to those software houses to become third party developers of Revit, especially those who are already market leaders in their field. Those tools are the most likely to be adopted by us engineers and let’s face it, nobody wants to learn a whole new way of working because the one we choose doesn’t fit our multi tool.

My ones to watch and definitely those you should be Google-ing: Amtech Group, Sysque, Lumion.