Another year, another article on the new items, features, quirks, changes, tidbits, enhancements, and concepts for Autodesk’s 32nd version of its flagship program, AutoCAD®. I’ve kicked the tires around for a bit now and am sharing what I found with you.

AutoCAD 2018’s biggest update is the new 2018 DWG file format. It has been five years since the last file format change. Some of the new items aren’t really new, because AutoCAD subscribers received them as 2017.1 update. I’ve listed those separately in this article. There aren’t many new features in 2018, but this release does add several good enhancements. While many of them are “small,” these enhancements will make a difference in day-to-day use.

For most of them I’d say something like, “It’s about time AutoCAD does that.” Off-screen selection allows you to start a selection window, pan, and select the items off-screen. I hate it when I try to select a line and click on the gap in a dashed line. The hate has been removed! AutoCAD 2017.1 gave us Linetype Gap Selection. AutoCAD knows there is a line there even if it’s a break in the dash. The System Variable Monitor now has one button that will reset all the variables the way you want. If more than one variable changes, click the magic button to right all the wrongs.

Another enhancement pertains to Text2Mtext, which will now convert your text with the option to leave each one its own Mtext object. Thank you!

Creating an xref is now defaulting to Relative Path. Don’t like change? There’s a new setting to put it back to Full Path. Oh, and you can set up a relative path xref before you save the file. There are other cool reference enhancements that I really like. Keep reading.

Now that AutoCAD is subscription only, Autodesk started rolling out mid-season updates. The AutoCAD 2017.1 release contained several new tools and changes, which have all been carried over into the 2018 release. If you did not update to 2017.1 you will get these items in 2018.

“Off-screen selection” is now possible. A selection window can be started in a part of your drawing, then, during the selection, you can pan and/or zoom to another area of your file while still selecting, and anything in the window, even if it remained off screen, will be selected. This feature can be turned on/off using the new SELECTIONOFFSCREEN system variable.

Linetype gaps can now be selected within a command. Clicking on the open area of a dash line (not the dash) means you picked the line. This behavior has been expanded to complex lines as well as DGN linetypes and it works with all objects (polylines with width, splines, etc.)

The Text to Mtext tool from Express Tools (TXT2MTXT) has been updated with new functionality and features. You can now select Mtext objects with Text objects to combine into one Mtext object. Character codes translate correctly between text and Mtext, Selected Objects now follows standard error checking (it won’t select objects on a lock layer), justification of the new Mtext object is inferred based on the positioning of the text objects selected.

When no justification can be inferred, it defaults to top left. Numbered and lettered list formats are inferred when a single or double character is at the beginning of a line of text and is followed by a period. There is now an option to convert multiple text objects into Mtext without combining them into one Mtext object (I am so happy about this). Text objects that are selected are sorted using a top-down method that is relative to the current UCS with sorting being left to right for collinear objects. Multiple objects that are collinear are separated by a space. Existing line spacing can be retained or a set spacing can be forced with a new settings option. 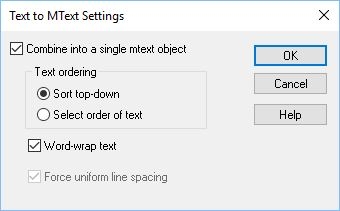 Figure 1: Access the Txt2Mtxt setting by typing SE after the command is started

AutoCAD 2017.1 gave us a new command called REGEN3. This command regenerates views in a drawing that displays 3D solids and surfaces.

3D navigation works better when zooming, panning, and performing a 3D Orbit. Larger files should not degrade like they formerly did when you navigated the model.

The File Navigation dialog box that pops up when opening files (or saving, or attaching) will now remember the last sort order for a column that was used. If files were sorted by date, the next time a file dialog box is opened it will sort the files by date until the sorting method is changed.

The Layer Control button is now part of the Quick Access toolbar menu, but is turned off by default.

Figure 2: The Layer control box is now available in the Quick Access Toolbar providing access to layers no matter what ribbon tab is active

The System Variable Monitor Status Bar icon will automatically display itself when a system variable changes from the preferred setting. The icon also has a new right-click menu that provides a button to reset system variables to the preferred settings with one click as well as options to configure the System Variable Monitor and to control the balloon notification.

The color of the AutoCAD rubberband line can now be changed in the Display tab of the Options dialog box.

AutoCAD 2018 has improved on the PDF enhancements started in 2017. Adobe PDF files don’t recognize AutoCAD SHX fonts. When AutoCAD makes a PDF, it converts those fonts to geometry. If that PDF is then put back into AutoCAD as linework, the text was imported as lines. 2018 recognizes SHX fonts from a PDF and gives you the option to convert those lines to a font. A Settings option is there to help manage which SHX fonts you want to use/not use. Fonts can be added or removed from the list of SHX fonts as desired.

Additional PDF enhancements include a new thumbnail preview of selected PDF files in the Select File dialog box when using the PDF Import and Attach tools, fixed orientation issues with TrueType fonts, scaling of the imported PDF in model spaces, which means the PDF is called to real-world size if all viewports are the same scale, and there is now better form data support when importing PDF files.

AutoCAD 2018 has had several enhancements to the functionality of external references (xrefs). A new system variable controls the default path type (REFPATHTYPE). Set to 0 for no path, set to 1 for Relative path, and set to 2 for Full path. AutoCAD 2018 allows you to set a relative path to an xref when you are working in an unsaved (or unnamed) file. In past releases this could not be done. Once the file is saved, the saved path dialog box field will update accordingly. Until then an asterisk will appear in the box letting you know the file must be saved. If you save the file in a different location, a prompt will appear asking you to update the relative path of the xref file.

There are two new options when right-clicking on an unfound referenced file in the External References Manager dialog box. They are Select New Path and Find and Replace. Select New Path lets you browse to the proper file location then gives you the opportunity to apply that new location to other missing xrefs in the current file. Very handy. The Find and Replace option locates all references that use the same path (from all the selected files) and replaces all paths with a new one that you provide. This, too, is very handy. Also, when you choose the Change Path Type in the External References manager when right-clicking an xref, it will gray out the current path type, making it easier to select the desired type.

Nested references will now be displayed as “Orphaned” instead of “Unreferenced” if the parent file is Unloaded or Not Found. They also appear in a proper tree menu under their parent file.

The Open option is no longer grayed out when trying to open an unloaded xref. 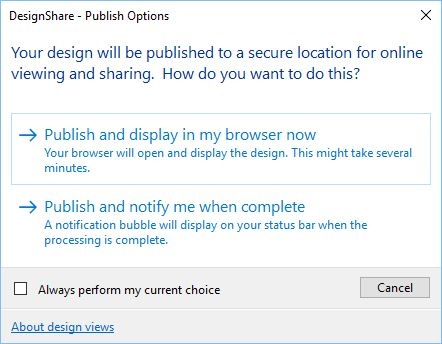 Figure 3: Click the Share Design View in the A30 ribbon tab to publish a browser-based, read-only view of your drawing

Sharing files safely is now a bit easier with Share Design View. Share Design View puts your drawings in the cloud with your A360 account and provides a link that you can share with whom you want to see the file. They can’t access the file, only view it, and these “stakeholders” won’t need to log into A360 or have an AutoCAD-based product installed. The files you upload are only available for 30 days, but that can be extended at any times for an additional 30 days.  You can also post, review, and resolve comments.

An AutoCAD subscription also gives you access to the AutoCAD mobile app.

In this section we’ll take a look at the “under the hood” updates. They are usually boring and many people don’t bother with these as they typically promise speed enhancements, better performance, higher quality, and the like. Still, here they are.

Figure 4: AutoCAD 2018 has a new DWG format. You can still "back save" to older versions to share with others.