Surveys Article: What is your primary design tool?

We asked our members this month, what they use as their primary (and secondary) tool for design. Apparently, you still can’t beat good old pen/pencil and paper for some folks! 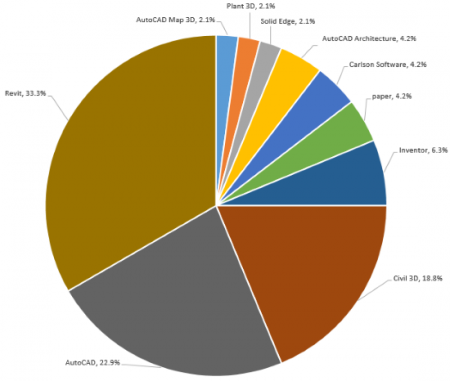 Looks like Revit narrowly nudged out AutoCAD with 1/3 of responses, vs 23% of responses. Civil 3D isn’t all that far behind!

There is a bit more variety in the secondary software reported, with AutoCAD and Revit (including RMEP) not making up quite as big a percentage as I had anticipated. Just goes to show the variety of work being done in our community!

A handful of folks reported that they do not use anything aside from their primary software. 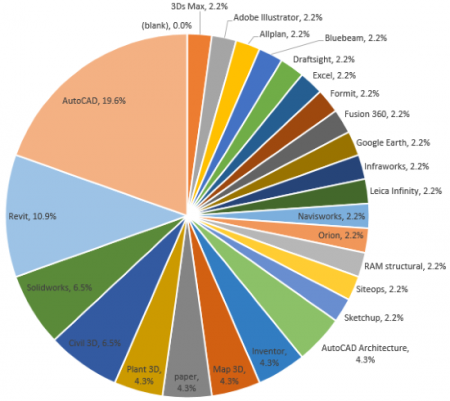 Next month’s HotNews poll/survey article will take a break from polls, as I will be issuing a correction and expansion on the ‘Average Pay by Years of Experience’ statistics from the AUGI Annual Salary Survey 2016.

I will leave the current poll, What is your primary design software? open until then, let’s hear some more about the tools you work with, if you haven’t had a chance to chime in yet!