Surveys Article: Do You 3D Print?

This month, AUGI members were asked whether their company currently makes use of 3D printing, and whether or not it is done in-house or outsourced. 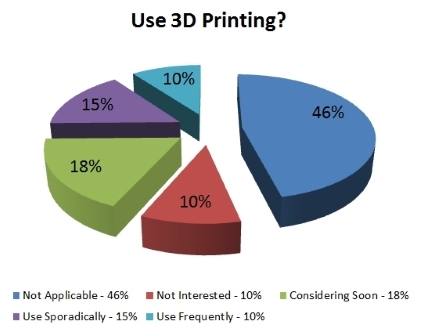 For nearly half of our members, this question is not applicable. 10% are not interested in utilizing 3d printing. 18% are considering implementing it soon, while 15% are already making use of it sporadically, and 10% are frequent users.

I still have some 3d print samples from an AU about a decade ago, but, I know something has really reached a certain level of saturation when the average shopper could purchase a printer from a local big box store.

So, for those who DO utilize 3d printing, how many of them produce models or prototypes in-house versus outsourcing?

This seems to be a pretty close call, with just over half of our users’ company’s producing in-house. 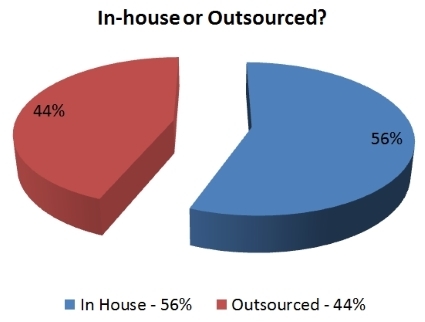 We do hope you’ve enjoyed the recently revamped AUGI homepage and see the link to the current poll there. Please come back again in the next couple of weeks and take our poll on career advancement.

For those AUGI members attending Autodesk University 2015, please remember to add the AUGI General Meeting to your calendar for a fun update on your organization. Also, be sure to stop by the AUGI booth to find a comfortable networking space. Keep up to date on the happenings by following my posts on Twitter @MistresDorkness and @AUGIatAU or the #AU2015 hashtag, hope to see you there!