Author: Sam Lucido is a CAD Services Manager with Haley and Aldrich, Inc. He has more than 25 years of experience involving design, user support, and customization. Sam is professionally certified in AutoCAD 2011-2014 and is a frequent speaker at Autodesk University. He uses his vast knowledge about AutoCAD to help provide support to engineering and design teams with monthly tip sheets and WebEx training. You can find Sam at CADProTips.com and he can also be reached at .

Setting up System Variables for Success in AutoCAD

Have you ever started working in a drawing and some commands appear to have stopped working or function in a different way than before? As a design systems admin I help solve problems for users while working on design projects. Many times, the answer comes down to a system variable that has changed. This could have happened by starting a different command, new workflow, or loading an app or lisp file into your project. System variables can be the key to success when understanding and controlling the behavior of these modifiers.

System variables in AutoCAD are values that control command settings, interface behavior, and user options. Some system variables are stored within the drawing file while others are stored in the Windows registry. In this article you will learn how to redefine important system variables to maximize your efficiency using AutoCAD. After gaining an understanding we will review the System Variable Monitor and System Variable Editor to help us manage and maintain a standard approach to your software workflow. 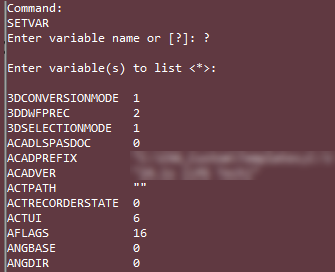 The second and most preferred way is on the express tools tab of the ribbon under the tools panel, select System variables as shown in Figure 2.

A dialog box will appear (Figure 3) giving you a list of system variables where you can go through and change values as well as read up on the actions taken by making changes. 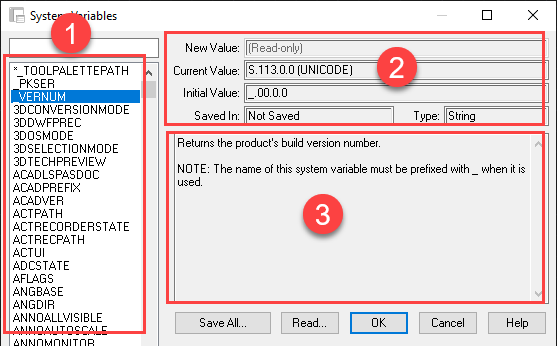 Although we cannot cover all the system variables in AutoCAD, we will focus on those you can change and that can alter the way you work. We will navigate alphabetically through a list of 20.

Aperture controls how closely the crosshairs must be to an object before the snap marker appears. You can set this value between 1 and 50 pixels. The default value as shown below is 10.

This variable controls how attributes are selected within the attribute dialog box. You can also access embedded attributes by holding down the ctrl key then selecting the attribute. This will launch the attipedit command.

The Expert variable will suppress the operation in question is performed as though you entered y at the prompt. Note: Setting EXPERT can affect scripts, menu macros, AutoLISP, and the command functions. The following settings are taken directly from the knowledgebase article.

1 - Suppresses "About to regen, proceed?" and "Really want to turn the current layer off?"

2 - Suppresses the preceding prompts and "Block already defined. Redefine it?" (-BLOCK) and "A drawing with this name already exists. Overwrite it?" (SAVE or WBLOCK).

3 - Suppresses the preceding prompts and those issued by the LINETYPE Command prompt (-LINETYPE) if you try to load a linetype that's already loaded or create a new linetype in a file that already defines that linetype.

4 - Suppresses the preceding prompts and those issued by UCS Save and VPORTS Save if the name you supply already exists.

5 - Suppresses the prompt, "That name is already in Use, redefine it?" issued by the -DIMSTYLE Save option when you supply the name of an existing dimension style.

This variable controls how dimension objects are created. The default value is set to 2 which creates an associate dimension object which are connected to the geometry object. If you set this variable to 0, your dimensions will be exploded and entered as single entities within your drawing as shown in steps 1 and 2.

This variable controls the visibility of annotative objects that are not controlled by the current scale. Turning it off (setting to 0) will eliminate the ghosting effect you can have on drawings as shown in Figure 6.

If the ROLLOVERTIPS system variable is set to 1 and you hover your cursor over an object in the drawing area, then a tooltip will appear which will show a small list of the object properties. Make this variable 0 to increase speed when working with large drawings. 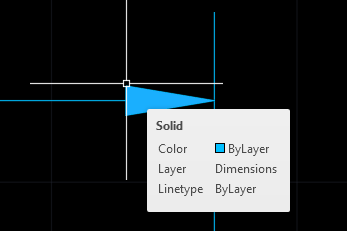 This will remember the folders of the last place you were in while inserting a block. A simple on off switch will control this system variables.

Controls the visibility of the status bar in the lower right of your drawing area as shown in Figure 8. Setting the value to 0 will turn off the status bar.

The default value of PEDITACCEPT system variable is set to 0 which allows Polyline Edit command to return a prompt as shown in Figure 9.

If the value of this system variable is changed to 1 then the default value “Y” will be accepted, and this prompt will be suppressed.

By default, the value of SELECTIONPREVIEW system variable is set to 3, which allows a preview of the object under selection when you hover your cursor over the object in the drawing. You can change this value to 0 to avoid any object selection preview thereby improving the performance of AutoCAD.

Controls the default layer which hatch patterns are placed on. This can be controlled via the Hatchedit (HE) dialog box as well as shown in Figure 10. 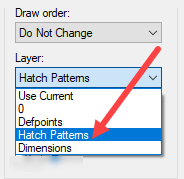 This system variable controls how mirror reflects a text object. Setting this variable to 0 will force the text to retain its current direction and not be mirrored along with the objects selected. 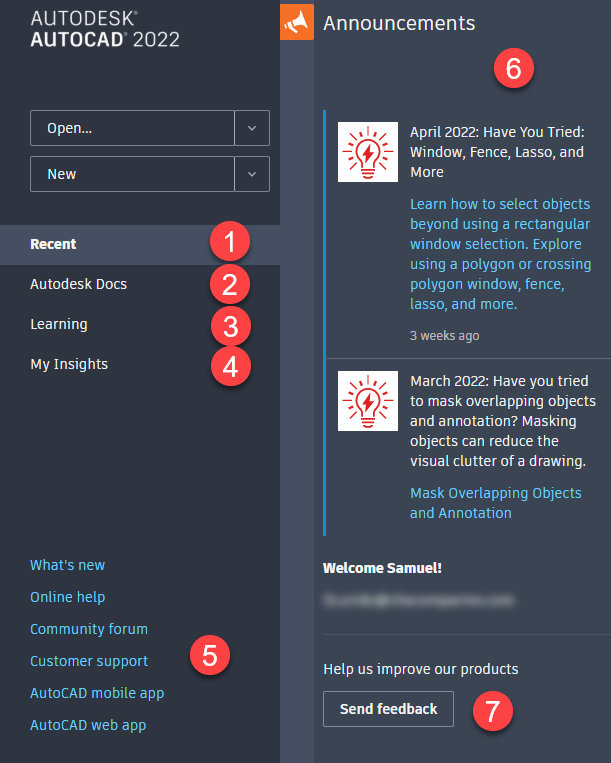 Click on the “Edit List” button within the main window and a new dialog will open (Figure 15). Scroll through the available system variables in the left windowpane or begin typing a variable name in the search field. Select the variable then click on the right arrow to move them to the monitored system variables in the right pane. You can also remove variables by reversing this step. When done click on “OK” 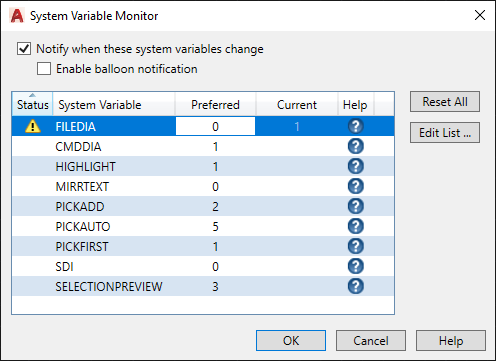 If you want to learn more about system variables and how they can affect your drawings, then look for my class at Autodesk University 2022 named “System Variables Explained” in New Orleans. In this class we will review over 50 system variables that can directly affect the way you work in a negative or positive way. At the time of writing this article the voting will be underway and we will not know if the class was selected or not. Either way we will continue to investigate system variables in AutoCAD and how they can affect your workflow.

Author: Sam Lucido is a CAD Services Manager with Haley and Aldrich, Inc. He has more than 25 years of experience involving design, user support, and customization. Sam is professionally certified in AutoCAD 2011-2014 and is a frequent speaker at Autodesk University. He uses his vast knowledge about AutoCAD to help provide support to engineering and design teams with monthly tip sheets and WebEx training. You can find Sam at CADProTips.com and he can also be reached at .