I have always been a big fan of 3DConnexion’s hardware, and the innovation and thought that go into their products. I am definitely not alone; just go by the 3DConnexion booth at Autodesk University and look at the very long line of people trying to win a SpaceMouse. The company’s desire to produce robust, well-assembled products has never changed.

Recently, 3DConnexion has released a new product: the CadMouse. I get what many are thinking: “Seriously, it’s just a mouse?”

The statement that “you get what you pay for” in the U.S. still holds true. This is a good mouse, and in this article I’ll describe just what you will be getting and why I recommend you buy one. 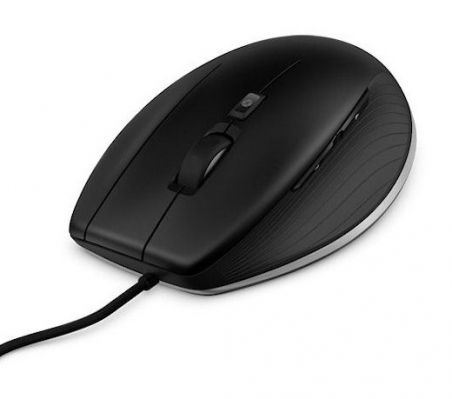 The 3D Connexion CadMouse is a mouse—yep,  just a mouse. And as you probably suspected, there’s no genie inside that will do your work for you. What you may not know is that CadMouse is a professional grade mouse meant to make CAD work (as well as typical mouse tasks) more comfortable and a bit more efficient.

With the middle button able to perform dedicated middle-click operations, the scroll wheel can be left to scroll-only, reducing the CAD operator’s fatigue over time. If desired, the typical scroll-wheel button operation can still be used.

The CadMouse also offers two side buttons that activate the Quick Zoom feature.  The software will zoom in and out to a preconfigured depth centered at the location of the cursor. This functionality is present in both 2D and 3D CAD environments.

The Gesture and Radial Menu Button

That little button behind the scroll wheel (positioned like the one that cuts the scroll wheel loose on some models) activates the radial menu. This menu appears translucently in any window, and offers four configurable command options.

Okay, enough of the marketing stuff. How does it feel?

First—it’s smooth. Somewhere between “Slipperier than greased owl $#!^”, and “Slicker than a cat’s a**”. I use the mouse pad that accompanies the CadMouse, which provides a nice level of barely-imperceptible resistance and feedback, as well as better precision on the laser. It moves effortlessly, but doesn’t fly off the table.

Second—it’s comfortable. Now I will say that my style of mouse use has been awkward, to say the least. I tend to grip the mouse with thumb and ring finger, and I use my middle finger for the scroll wheel, which stays in a perpetually raised and tensed position. I think it was a poorly evolved use that came from keeping my index finger on the fire button at all time in games years ago (my associates were relentless, and you had to keep your guard up… you know who you are J). In any case, I never learned to use the scroll wheel with my index finger as most people seemed to, and using my ring finger to right-click is absolutely foreign. If you are like me and want to get the most out of fine hardware, the CadMouse will take some adjustment.

The button springs offer a nice balance between firmness and crisp, easy response.

Third—it’s solid. The feel of the buttons is similar to what you would expect from an up-scale mouse: positive reaction with a feel of quality; no loose or frail-feeling components. 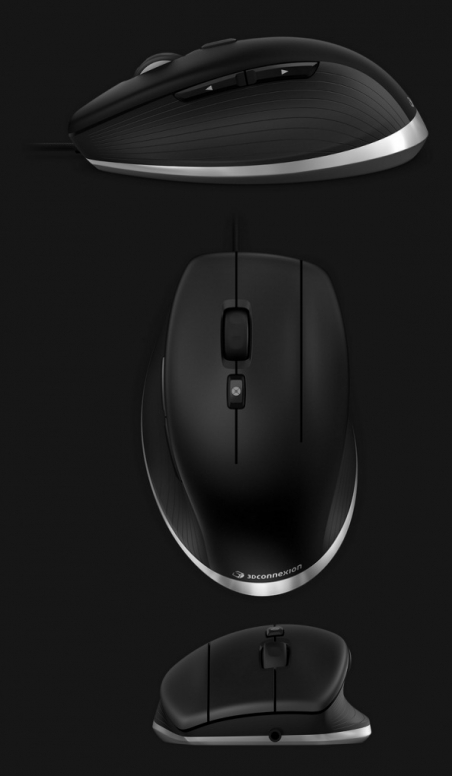 Each button had a good, quality feel. Placement for each was acceptable. My fingers are not real long, but I still found the button placement comfortable. I think the company did a good job finding a middle ground that would be comfortable for most people. 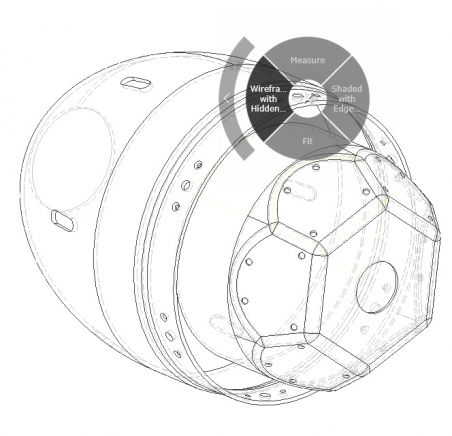 I was concerned that the limited four items on the radial menu would not react to different modes of the CAD software we use, functionality that is present in 3D Connexion’s other high-end devices. I’m happy, for once, to be wrong.

The Radial Menu can be altered for each environment in Autodesk Inventor®, such as Part and Assembly. Pre-configured panels already exist in the control panel, which you can select while using whichever portion of Inventor® you need. I opened a Part file, and then selected the pre-configured Part panel in the mouse Control Panel. The functionality updated immediately. I then jumped back and forth between assembly and part environments, and each time the CadMouse Radial Menu updated accordingly.

In addition, the menu functionality works in any application, not only CAD. I tried it while typing this review and I got a basic word processing menu.

Unfortunately, the application-based menu is singular in AutoCAD. There does not appear to be any different mapping of menus between Model and Paper spaces. 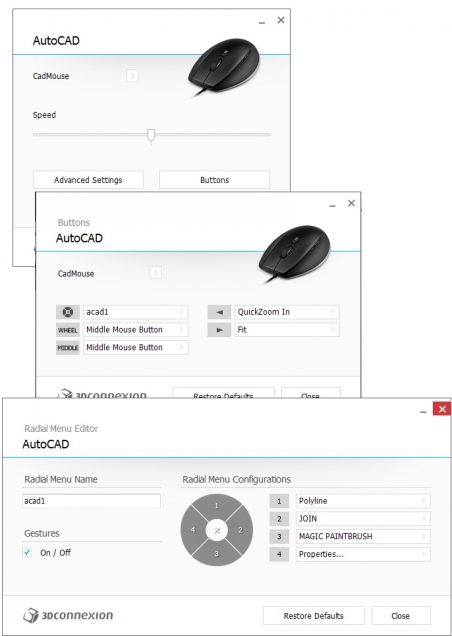 The gesture functionality is pretty simple. Once the Radial Menu is initiated, instead of picking one of the menu items, simply drag the mouse beyond the menu. The latter will initiate the command that the cursor passed over last. Finally, in order to cancel the menu simply pick in the center of the menu, or push the menu button again.

The menu delay is very small, and I find the reaction time well within the margins of acceptability.

I am trying to get accustomed to the Quick Zoom feature. The functionality zooms the view in and out, according to a fixed scale setting, regardless of where you are in CAD or what you are doing. It works quickly and hasn’t reacted negatively to anything else I was doing.

The zoom-in functionality worked well, but the OEM zoom-out functionality was set to “fit” and I didn’t realize that. It kept zooming to the limits of components in the drawing or space (both AutoCAD® Civil 3D and Inventor). This was not cool and I was a bit disappointed until I found that this could be changed to anything on the control panel! I found the complementary quick-zoom out function and now it zooms right back where I was before. Ahhhhhhh…

The Scroll Wheel dampening is good. The feel is that of a medium length and moderate dampening, which gives me the impression that it won’t weaken quickly.

I typically use a weighted scroll wheel (from that other company), allowing fast scrolling in extremely long lists in Word and Excel. As cool as they are, the release mechanism on those break after a year, without fail. The CadMouse instead uses drivers to mimic that type of weighted scrolling behavior, and senses how fast you want to scroll. It does a pretty good job of it; give it a good push and it really scoots. I’m starting to get a feel of how it behaves in different documents.

The CadMouse is a well-built, smooth-action mouse. It offers precise positioning in a reasonably comfortable package.  My biggest hurdle is that I use an Engineering Mechanics book to elevate my wrist a bit to lessen fatigue, and I tend to use a medium-sized mouse. The CadMouse is a large mouse and was designed to glide smoothly, rather than to be gripped and man-handled. It is quite a fatigue-relieving design, but I need to relax a bit in order to get the benefit.

The biggest ticket in this show is probably the radial menu. The only improvement suggestion I have with regard to the layout is that perhaps there is a tiny location on the radial menu to access the control panel. The radial menu seems like a great opportunity for those who don’t need a 3D mouse (yet) but still want the application-based menu functionality. I really like how 3D Connexion offers a list of AutoCAD and Inventor commands right inside the menu control panel, allowing me to pick the tool I want without having to make a macro to drive it.