Poll: What was your first version of AutoCAD?

The April homepage poll asked Revit users what version they started with. Now it is the turn of the AutoCAD users.

750 members chimed in on the September poll. 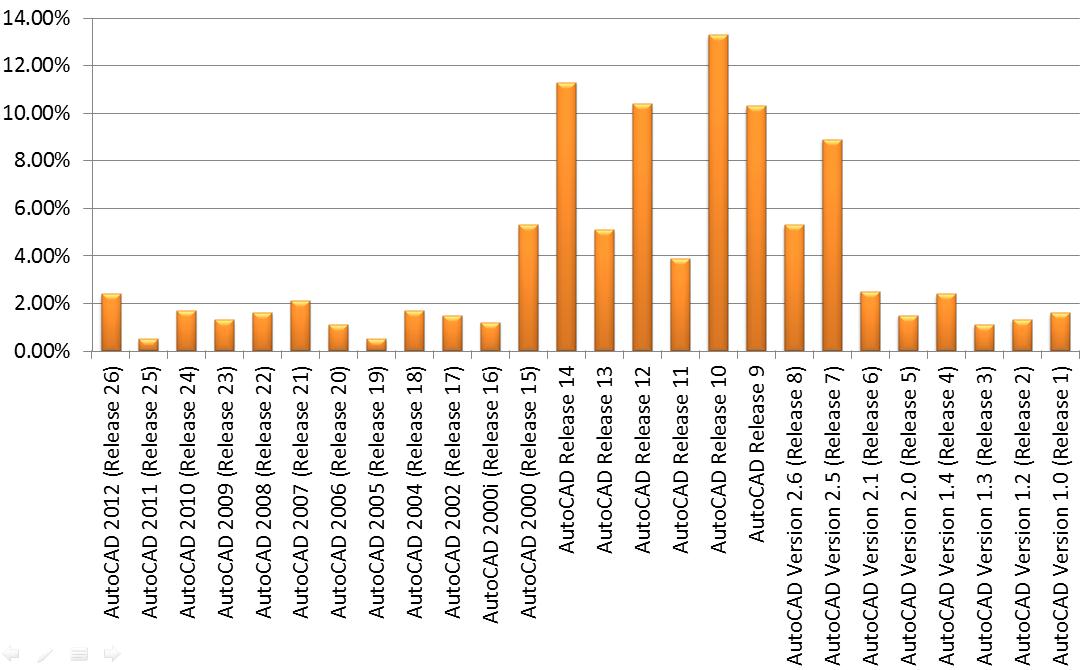 I am tickled because that was the release I started with myself, back in high school. My first year of drafting, we used r10, then r12, and my senior year, we had release 13. Of course, I don’t mind that version. Then again, I never had to use it in a production environment. By the time I ended up in industry, my company had just moved to 2000.

If you would like to reminisce with some of your peers, check out this thread in the off-topic forum (you must be logged in to see this forum): http://forums.augi.com/showthread.php?142641-Do-you-remember-when “Do you remember when?” This recent thread began when users started talking about old hardware, but, of course, the topic quickly changed course to reminisce about the programs on which we’d learned the ropes.

I apologize to any new folks. I had prepared this at the beginning of the year, before 2013 came out, and had not remembered to add it as an option before opening the poll. By the time someone pointed out my oversight, hundreds of people had already participated and we could not restart the poll. Mea culpa.

It looks like 54% of our AutoCAD users began somewhere between Release 9 and Release 14.

Be sure to take part in the next AUGI.com homepage poll on 2d/3d usage.