Poll: Are you searching for a new job?

Time to revisit our annual poll, asking whether our members are currently looking for a new job, and why. 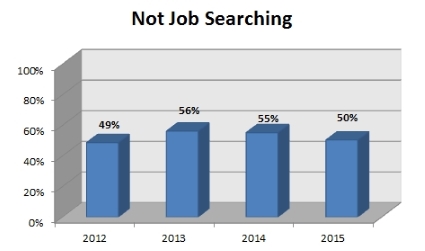 This year, it appears that 50% of our membership is planning on staying in their current job for a while. That is somewhat improved over the past two years, but, we haven't seen a drastic change.

For the companies that employ those members, that is good news, as the cost of replacing an employee can be more than 50% of their annual salary. (Source: http://www.huffingtonpost.com/margaret-jacoby/tools-to-reduce-employee-turnover_b_7688462.html) 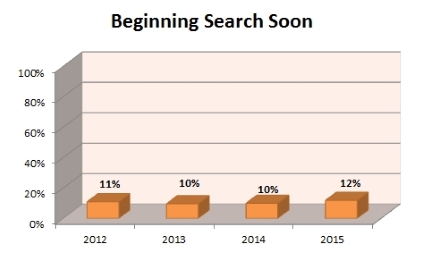 12% of members plan to begin a job search soon. I hope they check out the AUGI Career Center when looking for a new position or the AUGI Resource Center when drumming up more work, and make use of the many salary resources out there when they are negotiating their pay. 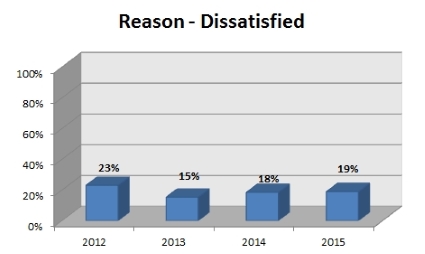 19% of the respondents indicate that they're looking for a new job because they are dissatisfied in their current position.

The AUGI 2013 Salary Survey revealed the top 10 reasons people were not satisfied with their positions: Being underpaid, having no opportunity for advancement, lack of input or appreciation, just time to move on, boredom, lack of reviews and raises, lack of educational opportunities, lack of necessary tools or support to do their job, job insecurity or being uncomfortable with business practices. That same survey in 2013 also revealed that smaller companies were faster to recover raises to pre-recession levels than the larger companies. But, overall, it will never change that those who mitigate problems and concerns like these are the ones who build loyal employees. 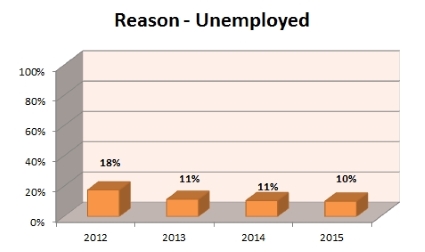 10% of those who took part in our monthly homepage poll are looking for a new job because they are currently unemployed. We wish them all the best in their searches. Be sure to visit the CAD and BIM Management forums with any questions on resumes, interviewing or networking. Nearly 40% of AUGI members found their current jobs through personal recommendations, so, checking to see if you can visit a Local Users Group near you might be helpful as well. 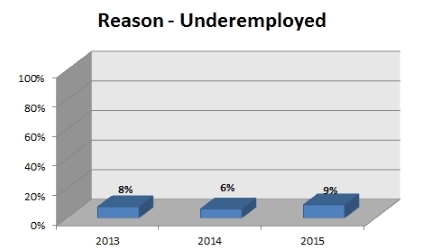 There are 9% of our respondents reporting that they are looking for a new job because they are underemployed. I can certainly relate. Before I was fortunate enough to be offered (and negotiate for) my current job, over 20% of my annual income came from freelance jobs I did after-hours.

We don't want to spend all of our time working, though do we?

People who do not switch jobs every two years can get paid 50% less over time than those that do, so, who could blame you for looking? (Source: Forbes) 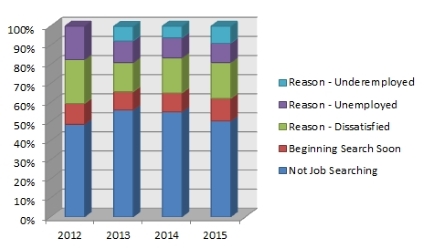 This summary chart shows all data for the four years that this poll has run (with the exception of the underemployed option that was not present in 2012).

There has not been a sharp deviation in replies during this short time span, but, we will continue to run the poll and see if it gives us a pulse on the industry as some of the questions in the Annual Salary Survey have done.

See the below charts about perceptions of job security, job satisfaction and raises over the past 9-13 years. 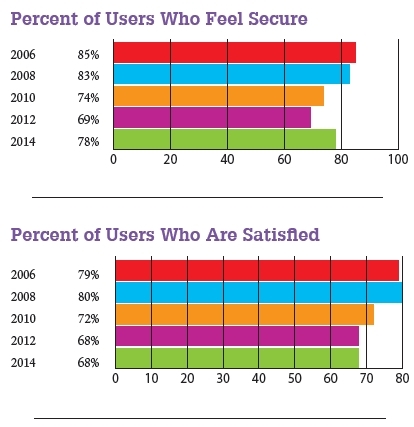 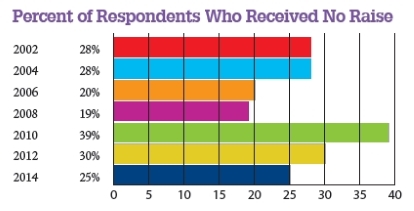 Don't forget to jump onto the site and take the (anonymous) 2015 AUGI Annual Salary Survey by August 6th, 2015. Results will be published in the September issue of AUGIWorld Magazine (and will be added to the Survey Archive page a month later.)

Before you get there, though, you can stop by the homepage and take part in this month's poll about whether or not your company has a customization resource in-house. Results to be published in next month's HotNews and found in the AUGI Library.