Transitioning from .dwg to .rvt

The transition from AutoCad to Revit wasn’t easy, but it was well worth it. When we first heard about Revit in 2001, it sounded almost too good to be true. At that time, there was a growing demand for 3-D colored renderings and we were struggling with getting anything satisfactory out of Architectural Desktop. It was difficult, slow, and the final product was quite poor quality. Watercolor renderings and massing models were time-consuming, very expensive and invariably, as soon as they were finished, there were changes to the project which made them obsolete.

Since we didn’t have an in-house expert, it was quite a struggle to make the transition. It reminded me of the difficulty we had just gone through ten years earlier when we made the switch from board drafting to AutoCad. However, the rendering results we were able to achieve from Revit in a relatively short amount of time were so much better than what we were getting from Desktop that we became very encouraged.

We would put up four boards on the wall for a project at a Planning Commission meeting and no one wanted to look at boards with the site plan or the floor plans or the elevations, they all wanted to look at the one board with the renderings on it. That made the rendering capabilities of Revit an enormous attraction for me. So we purchased the product and only used Revit for renderings for the first 3 to 4 years. We were so pleased with just that portion of the program that it was fine with us to sell a project with colored renderings and continue to deliver the project in AutoCad. However, the beauty of Revit is its seamless integration from preliminaries to construction documents and the time savings are phenomenal. 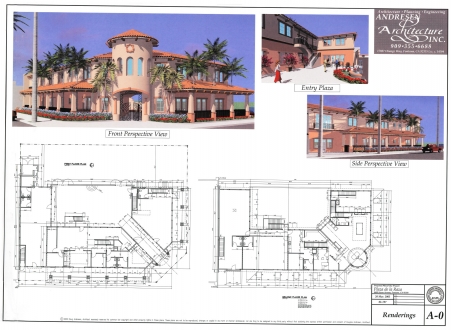 One of the most surprising things to me was that the more experienced people in AutoCad seemed to have the hardest time learning Revit because it was such a different paradigm and it took a great deal of effort to re-learn everything. They would ask themselves, “OK, again, why are we doing all this?” The younger people who didn’t know AutoCad did much better, probably because they didn’t have so much to unlearn.

Another thing that was surprising was how much work it was to recreate the office standards that we had developed for AutoCad. They all disappeared when we went to Revit. All the layers, and title blocks, and file names changed. Even the north arrow had to be redone again. That was a lot of work because the prototype that Revit provides is very plain and generic and we wanted the final printout that was produced by Revit to match the office standards that we were used to seeing from AutoCad. Also, there is an opportunity to embed lots of information into equipment schedule tags, such as voltage, BTUH, water requirements, etc., which will populate the schedules automatically. Again, these tags can be very generic or very intelligent depending on how much information is embedded into them. The same goes for color schedule tags. The more you put into them, the more you get out of them. 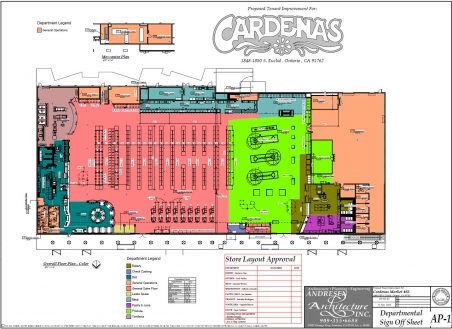 So the set-up time is significant and not for the faint-of-heart. What we finally ended up doing is simply taking the plunge into construction documents after completing the Revit tutorial. We decided to just start on a project and see what questions came up. There is so much to learn that it can be a bit overwhelming, but learning by doing seems to be the most effective way. It only took getting a few projects under our belt and we started feeling much more comfortable with the program and its abilities. Even though we are always striving to improve, now that we have it pretty well worked out, it is going well and we would never go back.

Finally, our hardware had to be completely upgraded to effective run the software. If you think AutoCad hoards memory, Revit is ten times more intense. We had to install an in-house “virtual cloud” that would run up to 5 seats simultaneously. That seems to be working quite well and the only unit that needs to be upgraded periodically is the main server, not each individual workstation. 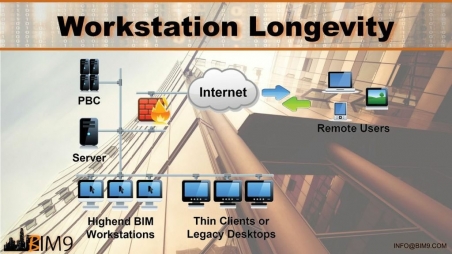 The monthly BIM User Group of the Inland Empire (BUGIE) meetings were always very helpful and informative. Before the local group started, we had to drive over an hour to Orange County as that was the closest Revit User Group to us. I still remember thinking that it was worth the time spent traveling because of what we learned every time. I am still amazed that so many people are willing to give so much of their time to help fellow Revit users improve their skills. They gladly share families that they have spent lots of time creating. There are also terrific support groups available on-line. I have always wondered how so many people have time to answer individual questions on-line from other people all over the world? Don’t these people have to work?

In any case, you probably have heard all the advantages with coordination of finish schedules with elevations and plans, the ease of cutting sections, detail coordination, etc. Builders love the ease of seeing details in three dimensions and how quickly we can generate a building section to discuss constructability. Also, it really helps to see how a building is being put together as it is being drawn so you can visually perform clash detection the entire time the plans are being developed versus being blind-sided as so often can happen in 2-D. Well, all of the good things you have heard are all true! Don’t be afraid of the challenges that the program presents. Revit is the future and the sooner you get on-board, the better.

Doug Andresen is the principal architect at Andresen Architecture, Inc. He has an 8-person office located at 17087 Orange Way, Fontana, CA. They provide complete architectural and engineering services for civic, industrial, commercial and residential clients all over Southern California. A Cal Poly, San Luis Obispo architecture graduate from the class of 1979, Doug has been licensed in the State of California since 1983 and opened his own office in 1994.