AutoCAD: What’s in a Name?

We all have a name. This is typically given at birth. There’s usually some meaning or significance behind it. Likewise in the tech world, digital names should also have significance. But AutoCAD users have at times treated digital names as if they don’t matter at all.

Before the Windows dominance on the AutoCAD tech world there was DOS. Back in the good old DOS days digital names for directories (which now are more famously known as folders) and files were restricted to what is called the 8.3 compliant filename structure. Digital files can have no more than 8 characters in the filename then a dot followed by up to a maximum of 3 characters known as the extension. The 3 character extension eventually got standardized so that certain programs like AutoCAD would use .DWG to identify as drawing files.

Because of this 8 character restriction coming up with an AutoCAD drawing naming convention played a major role in both file management and understanding of what the drawing file contains. Later I’ll show an example of how I handled this challenge. 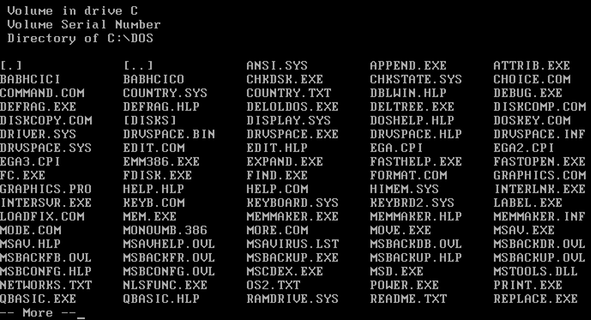 The uppercase display of names also impacted AutoCAD. For example Layer names, in addition to just being 8 characters in length, can only be displayed in uppercase when the DDLMODES command was executed (see figure 2). 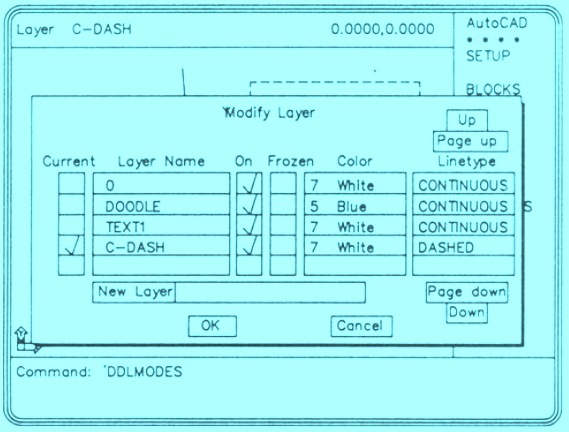 Though initially the DOS filename restrictions seem to have hindered AutoCAD users, in reality they actually emphasized the significance of filenames and the importance of coming up with naming standards. This is how I dealt with the 8 character all uppercase drawing filename challenge:

1st & 2nd characters represent project initials – this names a set of drawings uniquely from one project to another.

3rd character represents the construction discipline – Architectural, Structural, Mechanical, Plumbing, Electrical & Civil drawings could all be identified with their own unique letter.

7th & 8th characters represent the drawing number – this would cover from multiple story buildings to more than one drawing type to the detail number on a sheet.

Below is an example of a typical filename structure for a project with 2 character initial of “AG” in an “A”rchitectural office as the 3rd character:

Then Windows 95 was released and began to take over the tech world. The DOS filename limitations are now gone. The new Windows operating system supports LFN which stands for Long File Names. Files can be named with up to 255 characters. Both uppercase & lowercase letters along with special characters like spaces can now be used.

You would think with the new filename freedom, AutoCAD users would improve with an even better filename convention. But unfortunately, this is not the case. AutoCAD drawings now have Files, Layers and even Blocks named with an inconsistent mixture of spaces, underscores, dashes, uppercase and lowercase characters. Just like the Windows folder file listing (see figure 3), there are names that sometimes begin with an uppercase letter vs at other times would just be named using all lowercase letters. There would also be names with no spaces vs those with spaces. The inconsistency just goes on and on bringing chaos instead of order. 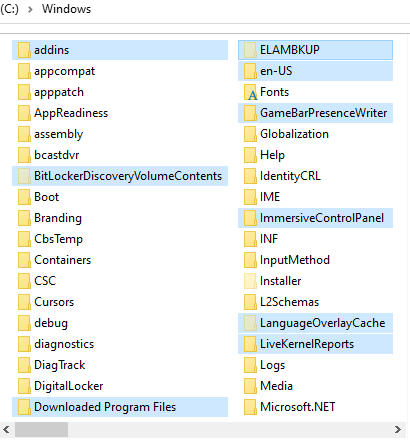 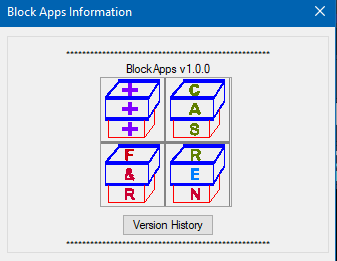 Note: Both LayerApps & BlockApps are free and can be downloaded from the Autodesk App Store.

One of the new commands I added with BlockApps is called DDBLKF&R. DDBLKF&R provides the AutoCAD user the capability to Find a set of characters in the Block name and Replace them with another set. So when you encounter in a drawing Blocks with some names using a dash “-“ and others using a space “ “ DDBLKF&R can be used to resolve this inconsistency. At the top of the DDBLKF&R window are two edit boxes. In the Find edit box enter the “-“ character and in the Replace edit box enter the space ” “ character. Next select under Options an operation like All which means to do a find and replace of all the characters in the Block name. Then in the body of the DDBLKF&R window select from the list of Block names to rename. The BEFORE vs AFTER images clearly demonstrate how simple it is to quickly replace all instances of “-“ with the space “ “ character in all the Block names in the drawing (see Figure 5). 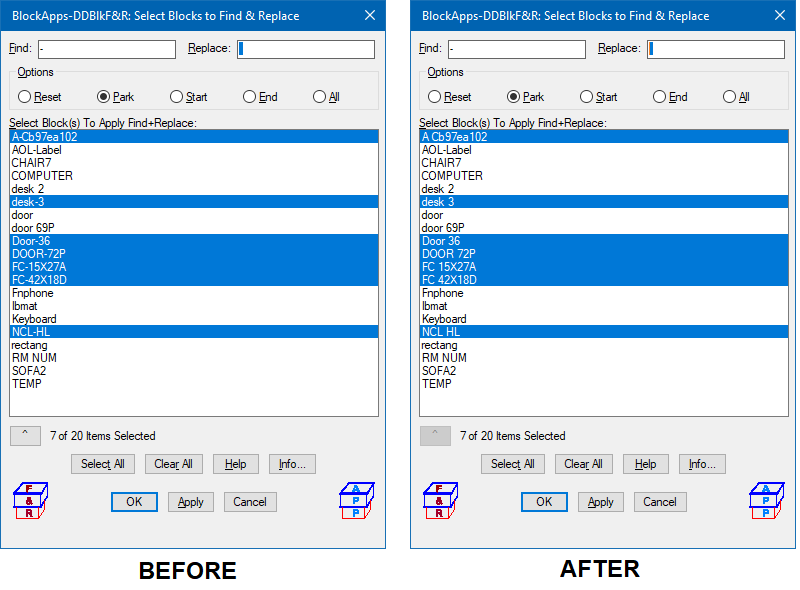 Another new command BlockApps adds is called DDBLKCAS. DDBLKCAS offers a similar graphic user interface as DDBLKF&R. With DDBLKCAS you can select Blocks that are named using a mixture of upper & lower case letters and change them all to be uppercase, lowercase or just with the first letter to uppercase (see Figure 6). 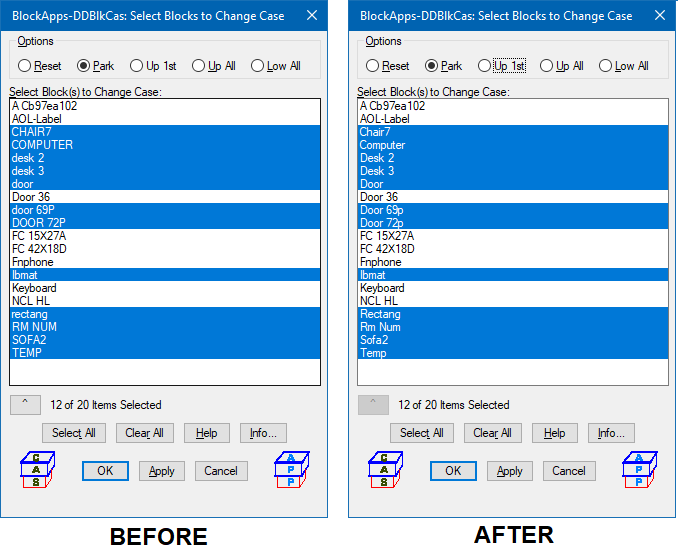 When a system of digital filenames are established logically, followed consistently and enforced properly this can only contribute to project efficiency. Then staff will have one less problem to deal with as they work on projects with one team vs another. Furthermore, a consistent filename convention makes working with AutoCAD that much more pleasant and enjoyable. After all I would be so confused if I walked into the office and was called Matthew on Monday, Mark on Tuesday, Luke on Wednesday, John on Thursday before finally being called by my given name Paul on Friday.

Mr. Paul Li graduated in 1988 from the University of Southern California with a Bachelor of Architecture degree. He worked in the Architectural field for small to midsize global firms for over 33 years. Throughout his tenure in Architecture he has mastered the use and customization of AutoCAD. Using AutoLISP/Visual Lisp combined with Dialog Control Language (DCL) programming he has developed a number of Apps that enhance the effectiveness of AutoCAD in his profession. All the Apps actually came out of meeting challenging needs that occurred while he worked in the various offices. He has made all the Apps available for free and can be downloaded from the Autodesk App Store. Though he recently retired from the Architectural profession, Paul continues to write articles depicting his past work experience. Some of these articles can be found in AUGIWORLD Magazine where he shares his knowledge learned. Paul can be reached for comments or questions at PaulLi_apa@hotmail.com.