Are you currently conducting a job search?

Are you currently conducting a job search?

The March 2012 homepage poll asked AUGI members if they were currently conducting a job search. We’re following up to see how things might have changed since then.

You can find the article accompanying that poll on the Survey Archives page, or in the AUGI Library. Let's take a look back at the stats here:

For the 2013 version of this poll, I split up the unemployed option into two here, those who are out of work, and those who are ‘under-employed’ (working part-time or working in a role that doesn’t fully utilize one’s skills). The percentage of members that this number encompasses is disturbing, of course, and I hope that the economy continues to improve to the point that these folks can return to their previous or preferred levels.

Now, the number of people looking for a new job because they’re dissatisfied with their current position has decreased quite a bit from 23% to 16%. If you check out the 2012 Salary Survey, you can see some of the major factors that make AUGI members want to jump ship. 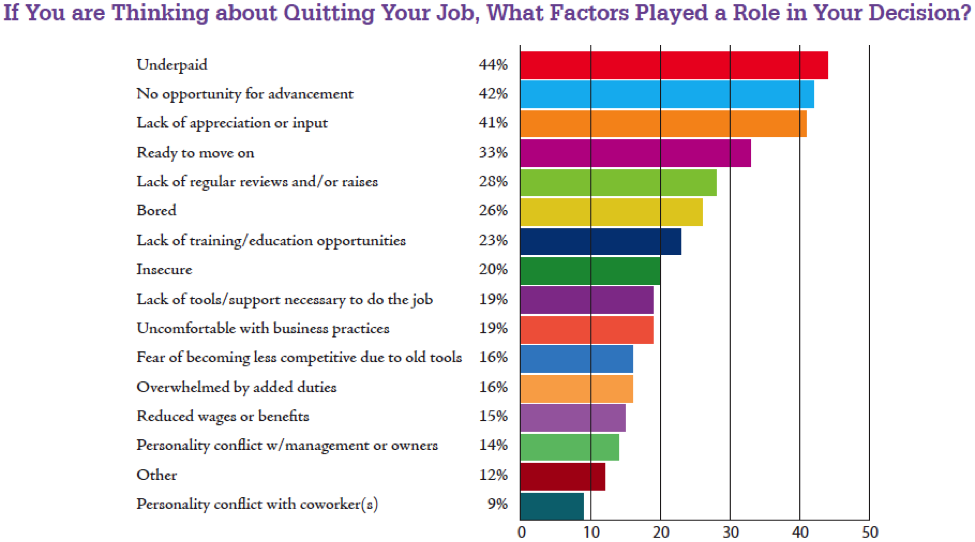 Also in the 2012 Salary Survey, we saw Job Satisfaction and Job Security rankings dip slightly, with 14% of respondents reporting that their companies decreased wages or benefits and16% reporting an increased workload or reduced hours. While some companies were adding staff and increasing benefits, our industry clearly has a sluggish workload to deal with. Feel free to look back at those results to delve into which disciplines reported increases and decreases in staff.

We’ll run this poll again next spring, and see if the trend continues! Thank you to everyone who took the time to report on his or her job search.