An Introduction to Surface Continuity

Hard Surface modelling is possibly the most challenging discipline within 3D CAD, and the most rewarding, once you've gotten the way of it.

With a bit of surfacing theory, you too can relish meeting the challenge with Autodesk Inventor®! 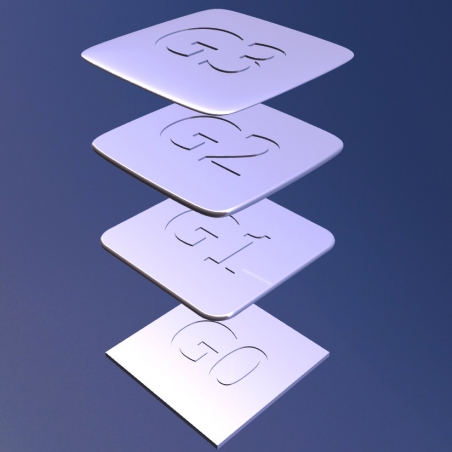 We describe the 'smoothness' of a junction, where one surface meets another, using the term 'G' (G stands for 'Geometry'). We can add a suffix to our G to describe how many like characteristics each surface has. The more alike the surfaces (the more conditions that match across the pair of inputs) the more smoothly the adjoining surfaces flow. 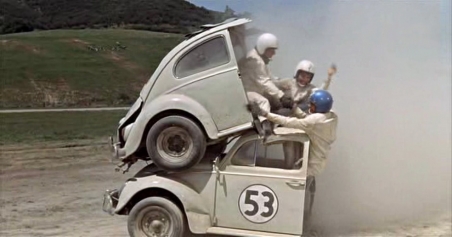 I always fondly remember being taken to our local library as a kid to see the movies on a big screen (this was before cable TV and the Internet, and describing it makes me feel old!)

One personal favourite were the “Herbie” films, in which a plucky VW Beetle comes to life with hilarious results. The memorable scene is when Herbie breaks in half during a race, and ends up winning first and third place! 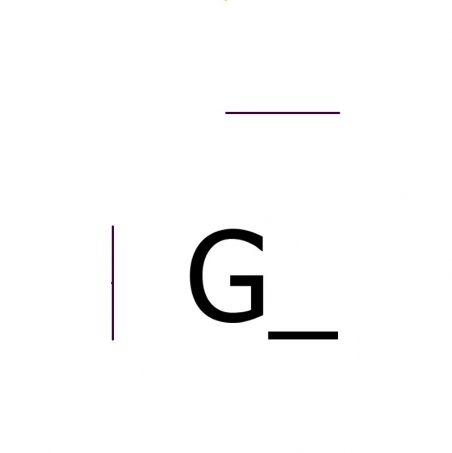 Two surfaces that don't touch at all have no continuity. No 'G', nothing, nada, zip. As I try and imagine this in my mind's eye, I can't help but think of the bifurcated Herbie's classically styled lines—so similar, but sadly not connected. 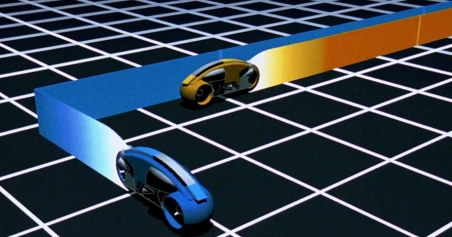 'G0' then is the first order of surface continuity, and it simply means that the two surfaces touch. They meet along a common edge forming a 'water tight' boundary. This boundary can be pretty sharp (if you like). 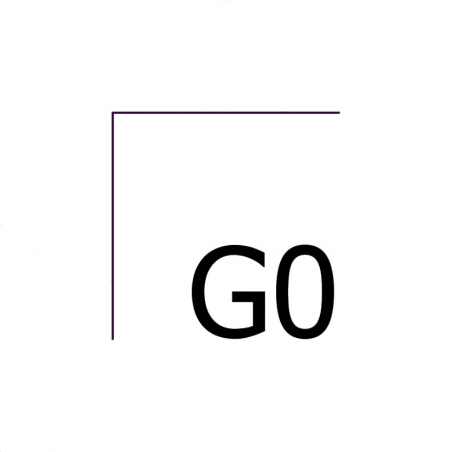 Like the bikes in “Tron” (The original “Tron”… again, feeling my age) the two surfaces meet and change direction very sharply, forming a distinct edge. 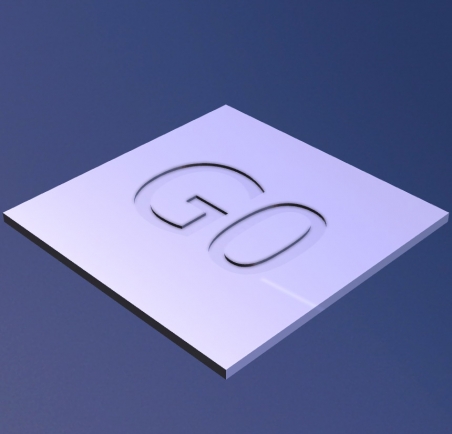 Fact: Did you know that the CGI sequences on the original “Tron” movie were rendered on a computer that had only 2MB RAM and 330MB storage? The scenes were rendered one pixel height line across the image at a time—no one saw the final images until they were re-composited back onto film! 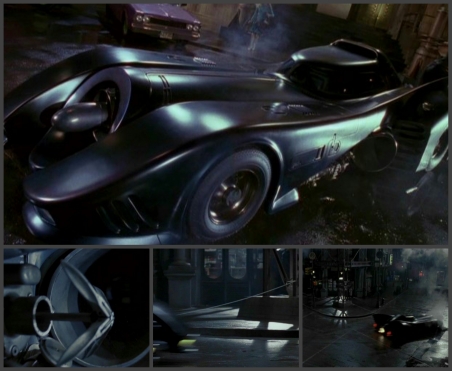 In Tim Burton's 1989 movie “Batman,” Michael Keaton, playing the part of Batman,  fires a side-mounted grappling hook from the Batmobile, snagging a nearby lamp post and allowing the Batmobile to execute an almost perfect 90 degree turn.

This is a great example of Tangency. The Batmobile is travelling along a set vector, then it turns through a fixed point before heading off in a new direction. In surfacing this is the second order of continuity which we call 'G1' = Continuity + Tangency. 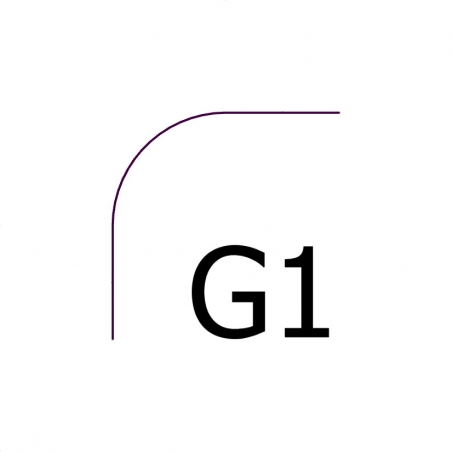 You've probably created G1 surfaces without even knowing it. Any surface you created with Autodesk Inventor's fillet tool has G1 continuity built in. 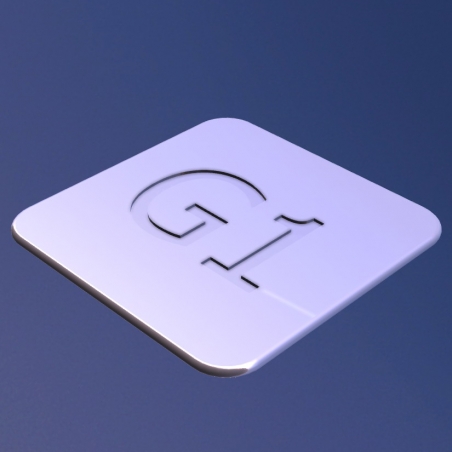 G1 curves are sometimes referred to as 'Engineering Fillets', implying that they are best used for practical reasons (knocking  sharp edge off a manufactured part) rather than aesthetic ones (smoooooth transitions). 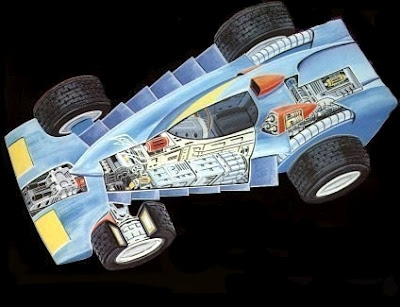 Figure 4: Image from The Dork Review

The coolest racing car ever, bar none, was Jason's Spacemobile from G-Force “Battle of the Planets.” By weird coincidence, its number is G-2, which I did not recall when I started writing this article!

In real life, race car drivers aren't able to execute 90 degree turns, with or without the aid of grappling hooks! To minimise breaking and maximise speed through a corner, the driver takes the “racing line,” the smoothest curve through the corner that the width of the road will allow.

G2 continuity adds another order (condition) that must match across our pair of curves. Our curves must now touch, be tangent with each other and have the same curvature, at the point where they touch.

Technically, this means that our input geometry must be now be curved as well. Straight lines have no curvature (or infinite curvature, depending on your point of view) so a pair of inputs containing a straight line can't meet G2 conditions*.

Arcs have a constant curvature. A pair of tangent arcs with the same curvature where they touch would either form a circle or an 'S' shape. Abandoning lines and arcs, of course,  means that splines become really important input geometry from G2+ surfaces.

The easiest way to demonstrate equal curvature is to use 2D curvature comb analysis (right-click on any curved 2D geometry to turn this on). 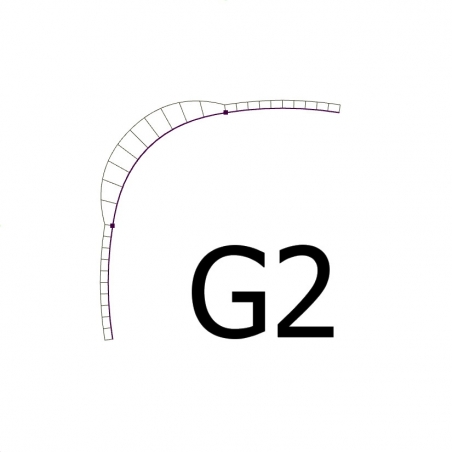 In real terms, G2 continuity means that the relationship between your two surfaces will be very smooth. In most cases this will be all you need to get a great result. 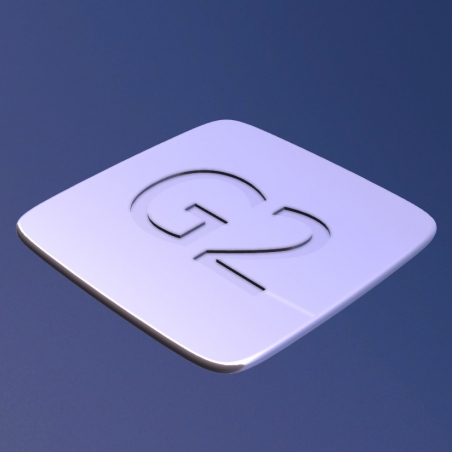 However, for those rare occasions when “good enough isn't good enough,” we can introduce a further order of continuity. 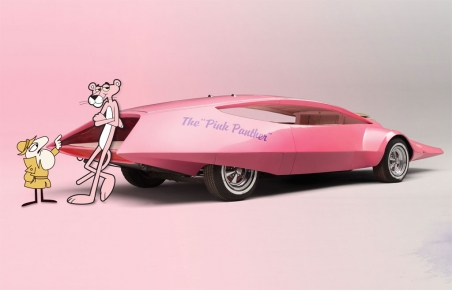 It was a choice between the Pink Panther Mobile and Lady Penelope's Roller. I love Lady P, but the Panther's Limo doesn't get as much press ;)

The limo driver must accelerate gently, take corners without sliding us passengers across the seats and anticipate breaking early enough to be able to come to a complete stop without so much as a judder.

G3 curvature continuity includes the concept of 'Acceleration' of curvature. That is, the amount of change in the curvature, over the length of the curve.

Now this one is a bit trickier. Inventor doesn't have a G3 continuity sketch constraint. There is no G3 option in the fillet tool (or any other surfacing tool in Inventor). However, you can create G3 relationships—you just need to know how to recognise one when you see it. 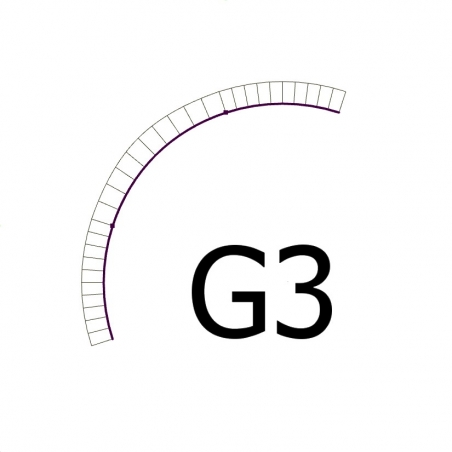 Let's take another look at our 2D curvature combs. To achieve G3 continuity, the curvature combs should be heading in the same direction (Tangency), be the same length (Curvature) and, crucially, should also be tangent (Acceleration, or rate of change).

With a little careful tweaking, we can coax a G3 relationship out of our input geometry. The curvature analysis of a G3 junction should remind you of a ride in our limo—super smooth acceleration all the way through.

Mathematically you can keep on adding more 'orders' across curves to create G4, G5 - Gn continuity, but  we are practical realists, so we are going to stop here. Even if you could create 'smoother' surfaces it would be pretty difficult to measure it, so no one would believe you anyway.

Have fun, you old smoothy you.

* you can cheat it though, and get close :D

Here are links to the images used in this article (just in case the embedded ones don't copy through):

Herbie the love bug split in half:
http://disney.wikia.com/wiki/Herbie/Gallery?file=Love-bug-disneyscreencaps.com-11931.jpg