Before we get started looking at the data our members shared in 2014, let us take a look back at the previous years' data!

Thank you to everyone who regularly takes a second to chime in on the homepage polls. Corey and I are dreaming up some fun topics for 2015 as we speak. The first topic will be to state your primary Autodesk Product *and* your most frequently used command. For me on the Owner's side that will be AutoCAD and probably the Purge command.

If you want to read up more on any of the topics I cover in this month’s column, please check out the articles tagged polls & surveys in the AUGI Library: http://www.augi.com/library/category/survey-poll

We started off the year asking about when you first joined AUGI. All averaged out, we have an average membership length of 9 years. 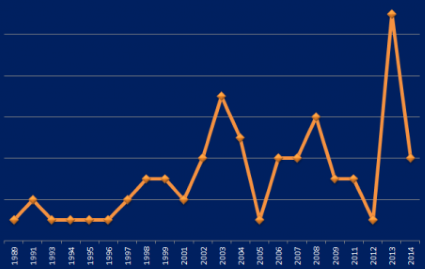 Every March, I run this poll on whether folks are job searching, and why. The following chart shows the data over the past three years. About 20% of people this year, said that they are looking for work because they are unhappy with their current employer, that is higher than the 2013 numbers.

Employers might want to see the February article for reasons why your workers might want to leave, as well as advice for retaining your top performers: http://www.augi.com/library/homepage-poll-are-you-job-searching

Be sure to take part in this year's poll and see how much the climate has changed. 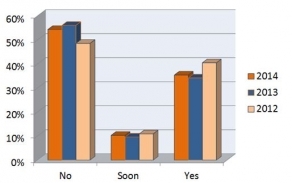 7% of the respondents have never drafted by hand, but, 8% still practice this skill. 33% of our group have learned in school but not put into professional application. A further 52% have performed board drafting at some point in their career. 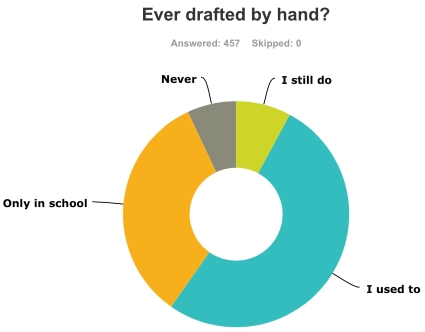 There was a full survey run on Marine industries, with plenty of in-depth questions about software used for shipbuilding and other offshore work. It was hard to decide which data to highlight, because there was so much there, but, we'll take a look at which file formats are used most often to transfer data. DWG is tops, with excel and step not far behind. 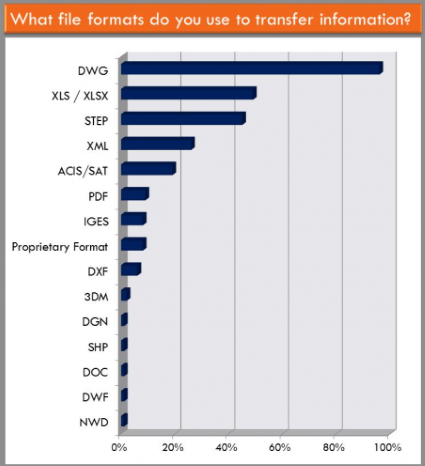 Thank you to the 68% of respondents who say they take the time out of their day to contribute to this unique industry resource! I receive correspondence all year from people who have made use of the data you help to provide, and you should know how much your peers appreciate it.

And, to the 19% who say they'd like to participate, but seem to miss catching the survey when it is open, I have been listening to you. In 2014, I requested and received support to send out fun reminder emails with a bit of data in them, as well as gentle reminders that the survey was running and your input is needed. I will be asking the same in 2015.

Didn't get those reminder emails? Check your AUGI profile.

Is your email address current? https://www.augi.com/account/email-password

Are your mailing settings allowing AUGI Bulletins and AUGI Surveys to be sent to you? https://www.augi.com/account/email-subscriptions 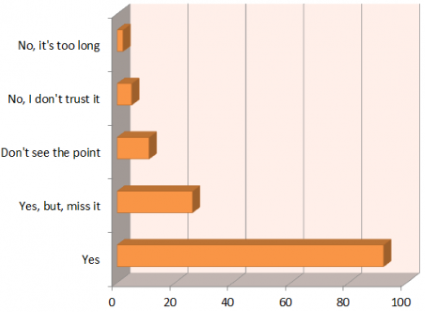 August was a fun column for me, I took the average data from the 2014 AUGI Survey to give a peek at basic demographic information for our community. Obviously, most people won't match up on all data points, I certainly don't, but, it was enjoyable to simplify and see a rough approximation of what the mean is. 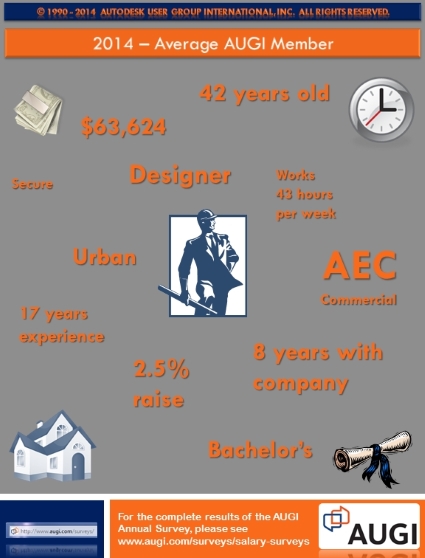 It was great to see such a fantastic turnout at the AUGI Annual Meeting this year. AUGI President Bob Bell kept us entertained as he showed off the hard work of our community. I really enjoy meeting the attendees at the AUGI booth and in classes every year, you are a great bunch of people working on some really interesting projects and earnestly wish everyone could attend Autodesk University and experience the excitement of learning from and networking with some of the best in the business.

AUGIWorld obviously has limited space, so, when it comes to long-term trending, I can only include historic data on the most popular job title, Designer. If you want to see more, check out my October column to see a historic archive of average salaries by the other job titles (includes wages and bonuses, but, not overtime pay). Below, I'll highlight the Architect chart, as you can see the impact the recession had on average pay. 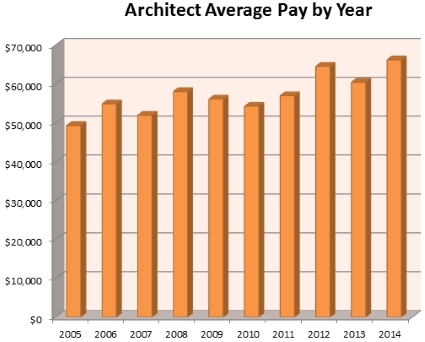 According to the 2014 Annual Survey, the average age of an AUGI member is 42, and 50% of respondents have a boss who is older than them. 3% don't have a boss, whether because they have their own company or are unemployed. That leaves 20% who are approximately the same age as their boss, and 27% who are older than the person they report to. 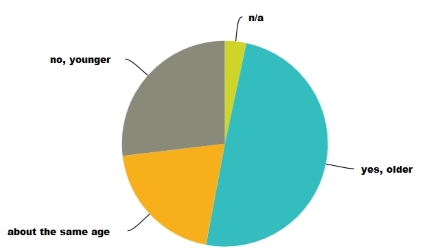 Do you have a fear of public speaking? If so, you are not alone. 51% of our members seem to get a little nervous when they speak publicly. 25% are completely comfortable with talking to a group. And, 24% are just petrified. 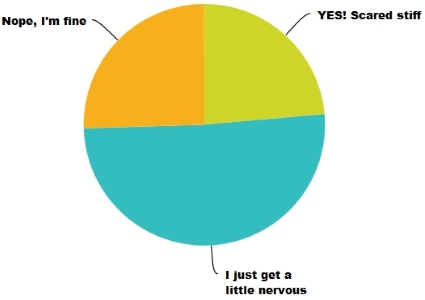 I'll wrap up with some fun facts from the Salary Survey: