10 Reasons Why Inventor Is Still My Sweetheart

We at Design & Motion purchased a seat of Fusion 360 Ultimate, which might bring to mind the question, “Why?”

Well, one is price. $300 per year for a good modeler, static simulation, and 5-axis CAM is a bloody steal. Another reason is we are usually in the front line of making things work for engineering workflows, and we see some hope in the future of Fusion 360. It’s better to be on top of something than to be run over by it.

However, there is one thing that Fusion 360 Ultimate will not change for at least three years: My love of Autodesk Inventor® Professional. Hands down, for day-to-day, blood, sweat, and tears work, Inventor is my choice. Fusion is gaining ground quickly, but it isn’t there yet. There are [at least] 10 reasons why I would never let go of Autodesk Inventor. Perhaps the Fusion 360 team will take a hint or two.

I love tolerance parameters, and I appreciate the time Autodesk spent on including standards such as shaft and hole fits. Once established, parameters within the design can be shifted from Maximum Material Condition (MMC) to Least Material Condition (LMC) with the push of a button. Features update accordingly and can be inspected visually or by measurement. 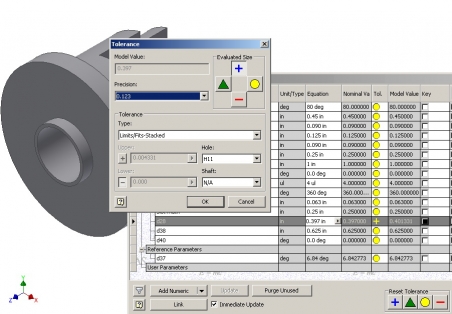 If you use any of the Design Accelerators you probably know where I am coming from. For all their quirkiness, we still use accelerators because they are mostly brilliant. The Bolted Connection Generator, Belt generators, fastener load calculations, Bearing Generators, Spline Generators, and, dear Lord, don’t forget the Frame Generator with standard wall thickness frame components. There is just no end to the things I use in this list. 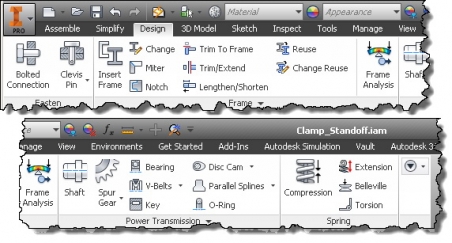 Fusion 360 will include a linear static stress analysis environment. If it ends up being the build from SIM 360, then it will be a very valuable tool indeed.

However, Inventor still holds a list of comprehensive arenas in which to compose, conform, and study components for various uses and needs, including the wonderful Dynamic Simulation environment. 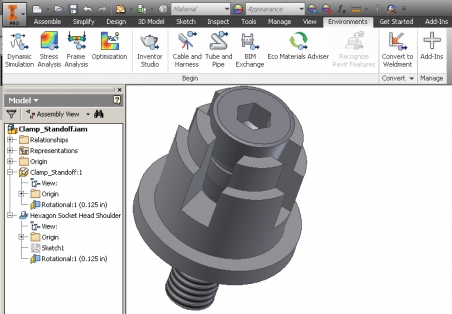 It still irritates me that joints in all software titles (including Inventor) cannot simply place and maintain a rounded face tangent to a flat plane. We have been able to do that with Inventor Constraints since what... Version 5? There is virtually no combination that cannot be assembled using Inventor’s Constraints. I don’t mind applying two in order to achieve an assembly goal. 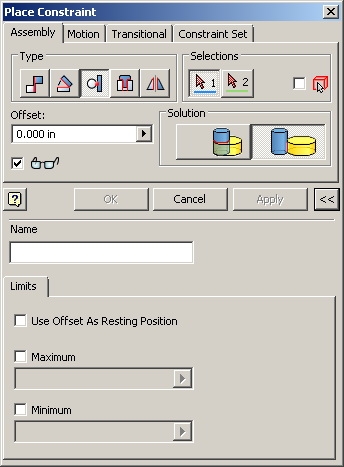 Joints are included in Inventor and Fusion 360, and while handy (and in most cases pretty nifty), are difficult to manage if your design does not fit a “typical” use situation.

Vault Basic comes free with Autodesk Inventor. I have never been sure whether that is to entice people to buy the powerful Vault alternatives, such as the Professional version, or is just Autodesk’s kindness. Either way, that option is not available for Fusion 360. While management in PLM 360 seems to be on the horizon in some manner or another, it will likely be some time before its capabilities are as easy and useful as even the lowliest of the Vault titles.

You have no idea. Really!

If you have been using Inventor for any length of time, then close your eyes and imagine that you have no fasteners. In fact, you get to build your entire library—right down to the last snap ring—from scratch. Frightening [shudder].

Inventor’s Content Center is slam-filled with most things that we require on a daily basis. I do note that there is a shocking lack of Torx screws, nuts, and bolts. Inventor does, however, allow users to customize the library and add this family of fasteners (as well as any others) when needed.

Inventor delivers a comprehensive list of hole and thread specifications. Have you tried adding fastener holes without the integrated specifications lately? That productivity alone has become quite valuable to me recently as I do not remember every counterbore depth and diameter. 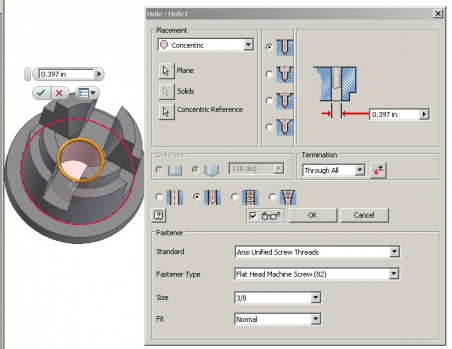 Fusion 360 Ultimate’s drawing capabilities are delivered in the form of a very basic technology preview for the purposes of gathering feedback for future releases. I am sure these will have more capabilities as time moves forward.

That said, it will be a long while before Inventor’s drawing capabilities and engineering automation are replaced by another Autodesk product.

Inventor has been developed over the years to not only store and calculate mathematic variables, but also to import these from Excel spreadsheets (a very powerful option in some circumstances). These can be expressed in the model in numerous ways including sketches, model and work features, and sketch blocks to name a few.

These can then be leveraged within downstream parts such that as the overall controlling variables change, so the parts adapt… automatically. Inventor is built to do this well.

This aspect is one that we are currently investigating within Fusion 360. While this has potential in the future, Inventor has been tailored to accomplish this goal with ease.

I think the biggest area where Autodesk has polished Inventor is automation and ease of use.  You get what you pay for, and in this sense Inventor delivers. Here are some examples.

Creating Work Planes can be achieved by explicit and interpreted methods. You can specify the explicit combination of objects to define a Work Feature; however, Inventor will, by default, take any combination of objects and try to interpret how to support your Work Feature. In most cases the result is straightforward from a single pick on the ribbon. 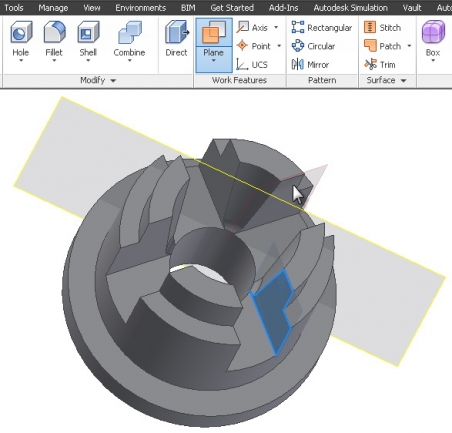 Associative Patterning, another area of refinement, is the ability to create a pattern of bolts for example, using the existing pattern of fastener holes these will be applied to. This is a brilliant way of reusing information within Inventor.

Fusion 360 has possibly more modeling features than does Autodesk Inventor. However, Fusion falls terribly short in terms of automation, often requiring explicit selection from a long pull-down to accomplish a goal. Autodesk Inventor, on the other hand, often only requires a general nudge in a direction and it sorts the rest of the details automatically.

It was hard to put these into any order of importance and they are only the tip of the iceberg. Fusion 360 in all its fanfare is still a new platform with a lot of room for growth, but also a lot of room for polish. If you had the opportunity to jump in on the Fusion 360 Ultimate promotion for $300 USD per year, you did well. We expect it to continue to be developed and hopefully meet the greater need of designers and engineers.

However, if you did not get in on Autodesk’s version of a Black Friday sale, then you have to ask yourself if the initial purchase cost of Inventor, plus the subscription maintenance, is worth the features that you would be missing, per seat.

In Fusion 360’s current state, it is well suited to job shops and companies that do not rely on technical standards for machinery and transportation in their respective industries. For these businesses, the cost benefit and ability to read in almost any model and clarify it to a particular manufacturing process is a win-win.

For companies that rely on libraries of fasteners, continuous review of engineered joints, and complex assemblies that require control and precision, then Inventor is a definite winner.

We will continue to evaluate Fusion 360 Ultimate as it develops to have a clear understanding of what it can and cannot do. However until such a time it can knock these 10 items off my list, Inventor will remain Design & Motion’s pick from Autodesk’s engineering software line-up.